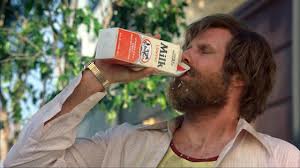 Ever stop and think if what you drink after you weigh-in is helping you? Specifically, whether or not it’s helping you rehydrate most efficiently?

I never did. Instead I just reached for the closest beverage. I typically chugged until I felt like I was going to puke.

There was never a rhyme or reason to my decision. I just drank whatever I happened to feel like.

So I hope a few research studies I found will improve your beverage selection for after a weigh-in. Ultimately, I hope this info improves the way you feel before you step on the mat.

“…our goal was to examine the efficiency of rehydration in two commonly used drinks (e.g., carbohydrate-electrolyte beverage and standard bottled water) and a new commercially formulated purified water.”

The commercially formulated water is patented for the method used to oxygenate the water. It is an oxygenated micro-cluster water that has a number of benefits including proper hydration (whatever that means), increased energy, and other benefits. At least these are the claims made by the manufacturer.

As with other research study the names of the products, schools, etc. are not given. The carbohydrate-electrolyte beverage has a breakdown of Gatorade. I’m not familiar with the type of special water used, though. The study was published in 2009, so the water was probably released and becoming popular in 2008-2009.

Blood and urine samples were taken and tested before dehydration, immediately after dehydration, and 1 hour after rehydration. The last sample was taken to simulate the time between a weigh-in and a match.

Dehydration of a 3% of body mass per wrestler was achieved through a standard 2-hour wrestling practice.

During the first 5-10 minutes after weighing in, the wrestlers consumed an amount of beverage equal to half of the weight lost during the practice. The second half of the beverage was consumed between 20-25 minutes.

The weight for each wrestler prior to starting each of the 3 practices was essentially the same (within a pound).

It was stated that complete rehydration in 1 hour was not achieved with any of the beverages. Keep this in mind when cutting weight. In this study, wrestlers’ lost 3% of their body mass.

“The findings of this study demonstrate that rooibos tea was no more effective in promoting rehydration than plain water, with significant changes being found for plasma osmolarity and urine osmolarity in the carbohydrate/electrolyte solution, in collegiate wrestlers after a 3% reduction in body mass and a rehydration period of 1-hour when consuming 100% of their body weight loss.”

…This conclusion was in the abstract. I opted not to download the full paper because the $37 price tag was a bit too steep for me.

This study compared the effects of 2% milk, Powerade, and water on the rehydration process after a loss of 2% total body weight from exercise. All beverages consumed were 150% of the total sweat lost (weight lost) during the workout period.

There are three implications from these studies.

First, depending on what your stomach can handle, go with milk or a Gatorade (or a similar type of sports drink) after you weigh-in. It was suggested that the added sodium in the milk and Gatorade-type beverages is what helped promote euhydration better than the no sodium beverages.

Second, assuming you have an hour between weigh-ins and your match, if you wrestle in a lighter weight class, don’t cut more than 3% of your body weight. This will help ensure that you can fully rehydrate before you step on the mat. I mention lighter weight classes here because they are typically the ones to wrestle first. Therefore, they are more likely to be affected by time between weigh-in and competition.

Finally, when looking to hydrate for certifications- go with water. Here’s a quick excerpt from the first study:

I know it says that more water will be needed to reach a euhydrated state. But keep in mind that the refractometer measures how much light passes through the liquid (in this case urine) and not necessarily how hydrated you are.

The more solutes you have in your urine (from things like vitamins/minerals from pills, drinks, etc.), the less hydrated your urine will appear to the refractometer. So definitely just drink water. Additionally, be sure to follow a low sodium diet for a 2-3 days before certifications.

How To Ace Your Certification