Can Baseball Research Make You A Better Wrestler? 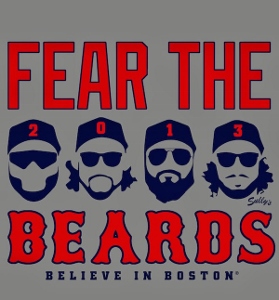 One of the wrestlers I’ve worked with for a number of years is big time into baseball. In fact, he decided to not wrestle this year to allow himself more time to devote to preparing for his senior season.

Regardless of whether or not I think he should have wrestled, it’s my job to ensure that he gets the best training program possible so that he can achieve his goal of going to a Division 1 school.

So, because I don’t know too much about baseball (other than I like watching the Red Sox) I decided to look into some research papers to see what he should and should not be doing.

In fact, one of the research papers I found had similar conclusions to what I’m starting to find in the research I’m conducting on shot speed and power.

What The Research Found:

Without going into too much detail, basically the researchers performed a number of physical tests. These tests included:

4- Hop and stop in both directions.

The tests were performed and measured on 42 college baseball players.

The researchers then compared the various performances in the tests to their throwing velocities.

Here are some of their conclusions:

Lateral to medial jumps were “consistently correlated” with higher throwing velocities in both left- and right-handed players.

“This is the first study to correlate throwing velocity with a unilateral jump in the frontal plane, mimicking the action of the throwing stride.”

The instructions for the lateral to medial jump were as follows:

Here’s an older video of me (rocking some pretty awesome hair) demonstrating.

The researchers also concluded that improving your mechanics will have a positive impact on your throwing velocity. However, once these motor patterns are “in place due to years of practice” (as you would see in an experienced college baseball player), the results of the study suggest that improving power production using lateral jumps will have a positive impact on throwing velocity.

“Coaches should integrate unilateral jumping drills and resistance training in the frontal plane to apply the principal of specificity.”

What Does This Mean For Your Training?

While there were some pretty relevant quotes that I included above, the 2 most important are at the bottom.

The specificity of the exercise found to have the best carryover to throwing velocity was similar to the sporting movement (in this case throwing a baseball) within these 3 criteria:

1. The plane you’re performing it in.

2. The speed of the movement.

And, without revealing too much of the research I’ve done so far, I will say that these 3 exercise selection criteria are consistent with what I’m finding.

Anyway, that’ll do it for today. Let me know what questions you have by commenting below.

The Missing Link To Your Program

A New Take On Hip Power For Wrestling