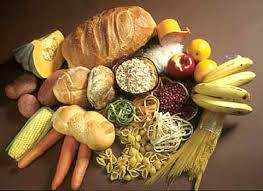 Here are some important points on carbohydrate consumption for wrestlers. These tips are from a journal article I read recently.

Considering that wrestlers oftentimes compete in several matches per day, their ability to maintain sufficient energy stores can mean the difference between winning and losing. In addition, maintaining energy during long practices is crucial to ensuring wrestlers get the most out of each training session.

Thus, developing and implementing strategies focused on maximizing carbohydrate storage is of the utmost importance.

It’s important to note that the type of carbohydrate being consumed effects the rate at which it is absorbed into the body. Therefore, it’s important to select the right foods at the right time to ensure a maximal level of energy is available come match time.

While the recommendations below can be used before a match, most wrestlers won’t be able to eat or drink due to weigh-ins. So, I took the info from the article and geared it toward practice.

Based on the research summarized in the journal article, the authors suggest that a pre-exercise meal should be consumed about 3 to 4 hours before. The research cited suggests the meal contain between 1-2 g/kg of body weight in carbohydrate.

Other research cited suggests a range of between 200-300 grams of carbohydrate be consumed.

A pre-practice meal may seem important to ensuring maximal energy is available. But, according to the authors, this meal actually does very little in regards to glycogen in the body.

However, it will help to ensure blood glucose levels remain stable. It also helps to prevent/minimize any potential feelings of hunger.

As the wrestler gets closer to practice, snacks should consist of a low glycemic carbohydrate. This will help to minimize a potential hypoglycemic response and feelings of fatigue.

The authors also cited several studies which showed that ingesting carbohydrates during training helps to improves performance. The authors, along with myself, suggest consuming a beverage in this case. I just can’t imagine eating a snack while in the middle of a wrestling practice, can you?

Research shows that a 6-8% carbohydrate solution best when it comes to this. Any kind of sport beverage, including Gatorade, fits this description.

They conclude that glycogen will be reduced, oftentimes very reduced, in wrestlers after a practice or match (especially practice). Therefore, a meal/beverage after is of the utmost importance for replenishing glycogen stores.

They suggest that a higher glycemic meal will increase muscle glycogen replenishment when compared to a lower glycemic meal. Additionally, they state that a delay (a time frame isn’t given) in post-practice or post-match carbohydrate ingestion reduces glycogen resynthesis by as much as 50%.