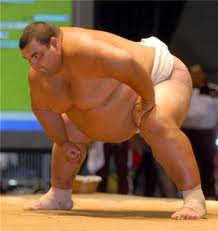 We all know that having a strong core is essential to wrestling.

The various core muscles help to stabilize our trunks in the weight room. They also help perform a similar function on the mat: Exercises for Wrestlers- Core Strength and Stability.

If you’re a frequent reader of my blog, you know that I’ve started to incorporate some research studies into my posts. I’m using it in an effort to better describe and substantiate the suggestions I’m making.

So today I’m going to review 2 research studies. Both studies used MRI technology to produce a cross-sectional area of the core muscles of wrestlers in Japan. I’ll also discuss what the findings mean in terms of how you should be structuring your core training.

Here’s some quick info from the Kubo study from 2007. It focused on determining whether or not there’s a correlation between performance and core musculature.

84 male wrestlers broken up into the following groups:

20 competed in either the 2004 Olympic Games, 2001 World Championships, or 2002 Asian Games. These 20 wrestlers were categorized as the “elite” wrestlers. They were, on average, the oldest.

25 wrestlers competed in the Japanese national championships sometime between 2001-2004. These 25 were placed in the “sub-elite” group. They were, on average, “middle aged.”

39 subjects were those who competed in the junior national championships between 2002-2004. They were categorized as the “elite junior” group. They were, on average, the youngest.

Not a lot of detail was given to training. I was left with the impression that these wrestlers trained like any other wrestler. In addition, they performed strength-focused exercises such as the Bench Press, Squat, and Deadlift regularly.

But that was about it in terms of the discussion on training.

“In conclusion, compared with Elite junior wrestlers, it is conceivable that a greater cross-sectional area of trunk flexors of Elite wrestlers is one factor which supports increased performance.”

In the case of the wrestling group, this resulted in an even division of 7 GAP and 7 PAP.

All subjects spent approximately 3 hours a day training. This consisted of 2 sessions per day, 6 days a week. No mention was made of any specific resistance training program being used. As a result, I was left with the impression that the wrestlers were only practicing in the room for all of the sessions.

The muscles responsible for flexion (think Decline Situp) were larger in wrestlers than in judokas. Additionally, flexor (rectus abdominis and psoas major) and extensor muscles (paraspinal muscles, think 45-Degree Back Extension) were shown to be statistically significantly stronger than in judokas.

No significant differences were observed between the GAP and PAP groups for both sports.

The researchers speculated as to why wrestlers had a more developed rectus. They stated, “While assuming this unique low posture and lifting an opponent, wrestlers are required to firmly stabilize their trunk region; because of this, wrestlers should require a larger rectus abdominis since these muscles are antagonistic to the trunk extensor muscles.”

“We cannot confirm that the cross-sectional areas of trunk muscles and trunk muscle strength significantly differ on athletic performance levels in this study.”

“Wrestlers should concentrate heavily on trunk flexion and extension exercises… From the obtained results, we believe that larger trunk cross-sectional areas are minimal requirements for elite athletes.”

My Thoughts (for what they’re worth)

I think there is a lot of value in both studies.

The first, and most important piece of information in the Kubo study is this:

There is a significant difference in muscle cross-sectional area between the Elite and Elite Junior groups.

What does this mean?

The size and strength of the RA seems to reach a point of maximal development as you reach the high levels. However, there is still room for improvement and development prior to that.

Based on my personal experience with training both high school and college wrestlers I’ve found there to be a lot of room for improvement.

For example, one of the wrestlers I one worked with, Justin Lister (a Binghamton University wrestler who placed 4th at the 2010 NCAA National Championships), had sore abs for over a week. This was after the first day he trained with me after only doing 3 sets of 15 Glute Ham Raise Situps.

Obviously, he wrestled successfully at the highest level you can in college. Yet, he still showed signs that his core was far from its potential.

Here’s a video of Justin advancing to the Semi-Finals via pin.

I’ll be the first to admit- the GHR situp is a challenging exercise. But it’s not one that should produce that amount of post-workout soreness.

Another D1 wrestler (4x Qualifier Nate Schiedel) I worked with this past summer had regular back pain. Upon “review” by me, I found him to be unable to perform a proper Ab Wheel. Additionally, he couldn’t do more than a couple sets of 10 on the Reverse Hyper (with not more than 10lbs) without getting sore for many days.

What did I have him do?

In a nutshell, I basically had him hammer the shit out of these, and other core exercises. His results over the 16 weeks of summer training he did with me resulted in a big squat, a big deadlift, no more back pain. Most important- a top 5 ranking throughout his senior year.

I’m glad that one of the conclusions drawn in the Iwai study was that the additional rectus strength in wrestlers was probably due to their need to stabilize their core when lifting an opponent.

However, I don’t like that the researchers suggest that more flexion exercises may be needed for wrestlers. I think wrestlers would benefit more from stabilization exercises like the Ab Wheel, Ball Rollout, Blast Strap Supermans, etc. This is especially true because the researchers suspect the extra development came from stabilizing the core during lifting situations. Training for specificity is very important. Core training shouldn’t be treated any different.

It is suggested in the above studies that cross-sectional development in the core seems to peak once you reach the collegiate years. However, this doesn’t give you an excuse to think that core strengthening should no longer be a focus of your training.

Additionally, if you are a high school wrestler, a parent, or a coach, these results do suggest that there is a significant difference between the core musculature of higher level wrestlers. So, be sure to incorporate proven core exercises into your training program.

Listen, I’m far from an educated researcher. But, I do have over a decade of experience working with some pretty damn good wrestlers.

Here are some numbers to shoot for in a few core exercises:

1. Decline Situp for 10 reps with 25-30lbs behind your head. Not only do I train a number of wrestlers who can do at least this, I train a 40+ year old radio DJ who can too.

2. Back Extension with a doubled up orange band for 8-10 controlled reps (light band if you order off Elitefts.com). I’m not sure what this equates to in pounds. I know that it’s over 40 because once a wrestler can use a 40-pound dumbbell behind their head, I have them switch to bands. I find that bands are easier to position and keep behind your head when compared to a big dumbbell.

Here’s an awesome statement made in the Iwai study: “It is very important to note that information on the anatomy and function of the trunk muscles is available to these athletes and their strength and/or technical training coaches to enable them to understand the sport-specific trunk muscles involved in each sport.”

This is a pretty good summary as to why I blog about the topics I do and why I’ve recently decided to start including research.