The Effects Of Detraining Part 1 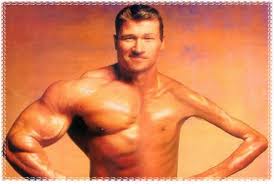 With the season in full swing, I’m sure a common trend will rear its ugly head…

Wrestlers will stop lifting hard. They will start starving themselves. They will begin running long distances. Ultimately, they will start to lose all of the strength and power they worked so hard to develop during the off-season.

These marked declines are the effects of a phenomenon known as detraining.

Ultimately, the goal of the next few posts will be to better educate you on the effects of detraining. I will detail what it means for your performance by the end of the year and what you can do to prevent it.

Let’s get started with the first research paper.

Detraining Effects In College Football Players During The Competitive Season

The research paper starts by stating the importance of a pre-season strength and conditioning plan. The authors believe that it should be aimed at laying the proper foundation for the upcoming season.

Additionally, the authors stress the importance of utilizing an in-season strength and power program. The primary aim of this plan should be to maintain the qualities that were increased during the pre-season.

The football players that made up the subject pool, on average, experienced an 8% decrease in the Bench Press (the test used to measure and assess muscular strength).

The authors stated that this was not unexpected, and in fact likely due to two primary reasons.

First, pre-season testing measurements usually indicate peak athletic qualities. This is especially true for strength since that tends to be a focus of a pre-season program.

Second, typically in-season programs lack volume and intensity due to the increase in the physical demands of the practice schedule. In the case of the football players being studied, they followed a 2 day a week program. This total stimulus, according to the authors, may have been too little to achieve the goal of strength maintenance.

It’s also worth noting that the 2nd day was usually a light day since it was only a few days before a game. So really, one heavier day per week was all that was performed.

Non-linemen experienced a greater decrease in shoulder abduction strength (performing a DB Side Raise). The researchers concluded that perhaps this means smaller muscle groups are more susceptible to the effects of detraining.

Although there were statistically significant decreases, the authors were optimistic in their conclusions on preventing/minimizing the effects of detraining. They stated that these effects can be monitored throughout the season. As a result, program adjustments can be made in an effort to take corrective measures.

First, I’d like to address the 8% decrease in the bench press. The goal at Cornell for the wrestlers (at least when I interned there) was to lift 88% of their pre-season maxes 2 weeks before conferences.

So while there was a marked decrease in performance due to detraining, by the standards for the Cornell wrestling team, this would be acceptable and expected. In all honesty, 8% is quite impressive considering the team followed a 2 day a week program with only one of the days being remotely heavy.

The final point is probably the best- it’s up to the coaches to monitor their team to ensure they’re minimizing the effects of detraining. This comes down to adjusting practice intensity, lifting intensity, proper weight cutting techniques/education, etc.

It’s important to remember that in the grand scheme of things, all that really matters is the end of the year. That is what, in most cases, defines the season. So make sure you’re doing all that you can to ensure you’re at your absolute best when it matters most!

The focus of this paper was to examine the effects of a short-term (14 weeks) resistance training program followed by a 4-week period of detraining. Specifically, it examined shot put performance.

11 young, healthy subjects were involved. None of the subjects had anything over an “elementary level” of shot put training (4 hours a week of training for 5 weeks). In a nutshell, these individuals were far from high level shot putters.

Strength was assessed and tracked via 1 repetition maximum tests for the squat, bench press, and leg press.

Here are the results after completion of the 14-week strength training portion of the study:

Here are the results after the 4-week detraining period:

All strength tests decreased between an average of 4-5.5%.

Shot put performance was not altered.

During the 4-week period of detraining, all subjects refrained from taking part of any kind of exercise.

“In conclusion, the results of the present study indicate that shot put performance can remain unaltered after 4 weeks of detraining in moderately resistance-trained individuals.”

Again, although this is not specific to wrestlers, the effects of the detraining are still worth noting.

In this study, after only 4 weeks, participants experienced a decrease between 4-5.5% in 1RM strength.

While this may not seem significant, keep in mind that the detraining period was only 4 weeks in length.

For a better breakdown on the effects of cutting weight and, in some cases, detraining, specifically on wrestlers be sure to read this post.

If you want to be at your peak when it counts, you must take action to prevent/minimize the effects of detraining.

If you have any questions on detraining leave a comment below.

The Effects of Detraining Part 2

The Effects of Detraining Part 3