The Effects Of Detraining Part 3 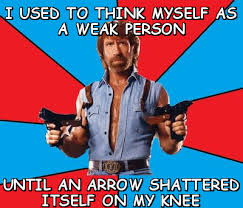 This study looked at the impact of an 8-week strength program immediately followed by an 8-week period detraining. The subjects that took part in the study were 11 boys and 4 girls. The ages ranged from 7 to 12 years.

In addition, 3 boys and 6 girls served as controls. They were of similar age and level of maturity.

No significant differences existed regarding height or weight between the groups before or after the training or detraining periods.

Because boys and girls exhibit similar levels of strength during the period of preadolescence, they were not evaluated separately in this study.

Each of the participants had their 6 repetition maximum tested on the leg extension and machine bench press. Specific machines were designed to fit the children in the study. These machines were used for both the testing and training.

Lower body power/motor performance was measured by a vertical jump. Each subject was tested with 3 jumps and the highest was recorded.

The strength-training group lifted twice a week (Monday and Wednesday) for the 8-week duration. All lifting was done under adult supervision.

Before each strength training session, the subjects did a 10 minute warm-up consisting of various calisthenics and stretching. Proper instruction on technique was included in every session.

The training program was blocked into two 4-week periods. During the first block, each child did 1 warm-up set of 10 reps (this was a submaximal set). After the warm-up set, each child then performed 2 sets of 6 reps on the 2 tested exercises (leg extension and machine bench press).

After the 2 primary exercises were performed, the children then performed 3 accessory lifts- the leg curl, overhead press, and bicep curl. Rest periods between sets were approximately one minute.

At the end of the machine resistance training portion of each day, the children did 2 or 3 sets of 10-20 reps on two ab exercises- abdominal curls and bent-knee leg raises.

During the second block of 4 weeks, the children performed 3 sets of 6 reps on the two primary lifts while continuing with the 2×6 protocol for the three secondary exercises.

While the weights used to train the two core lifts were based on the predetermined 6-RM testing, the supplemental exercise resistances were determined via trial and error during the first week.

Progression of resistance occurred when a child was able to perform 8 reps on the last set of a given exercise while using proper technique. From there, the resistance was increased between 5-10% and the reps were again decreased to 6.

During the 4th week, the 6 rep maxes were retested and adjustments were made as needed.

There was a 93% attendance of the children during the training program.

The training group experienced increases, on average, of 53.5% in the leg extension and, on average, 41.1% in the machine bench press.

The control group increased, on average, 6.4% in the leg extension and 9.5% in the machine bench press.

At the end of the 8-week detraining period, it was determined that machine bench press strength was still significantly higher in the experimental group when compared to the control group. However, there was no significant difference between leg extension strength!

“The results of this study suggest that children can increase their strength in response to a short-term, progressive resistance training program, but the gains are largely impermanent and begin to regress toward untrained control group values when the training program stops.”

“Based on limited research, the discontinuance of a strength training program, even in the midst of sport conditioning, will likely result in a significant loss of strength.”

I think the best conclusions on detraining were presented in a meta-analysis published just a few months ago. Here are the most relevant quotes from the paper:

“The aim of this study was to assess the effect of training cessation on maximal force, maximal power, and submaximal strength through a systematic review of the literature and meta-analysis. We found a moderate decrease in submaximal strength and a small decrease in maximal force and maximal power. This detrimental effect was found to differ according to the duration of training cessation, age, and training status, but was not influenced by sex or the characteristics of previous training.”

“Seven databases were searched from which 103 of 284 potential studies met inclusion criteria.”

“Indeed, our meta-analysis showed that the magnitude of the effect of training cessation on maximal power was smaller than that observed for maximal force.”

“The negative impact of exercise cessation duration on submaximal strength was bigger than on maximal force and maximal power.”

The Effects of Detraining Part 1

The Effects of Detraining Part 2