Jumps Will Help You Shoot Faster? 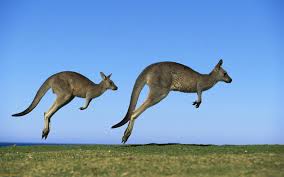 First, to get caught up on why I’m becoming border line obsessed with shot speed and power, read the following posts:

A few of the topics I’ve been focusing on lately are Ground Reaction Force and the speed at which it is applied.

I’ve found some interesting studies that demonstrate the force you produce against the ground is correlated to speed. Unfortunately, the findings are associated with “long distance” sprints (10-yards and more).

Is 10-yards actually a long sprint?

However, when you’re looking to shoot and score a leg attack, are you going to cover 10 or more yards?

More than likely your shot will cover maybe 1-2 yards, right?

“Research on track sprinters starting in blocks has identified that the first few ground contact phases of a short sprint are dominated by propulsive forces…and by concentric muscle actions.”

“The average horizontal impulse of track sprinters in the blocks and during the propulsive phase of the first ground contact have also shown significant correlations with initial running velocity when they are expressed relative to body weight.”

“These findings emphasize the dominance of the propulsive phase during initial acceleration, and the importance of propulsive force developed during the first few foot contacts of the sprint in maximizing initial running velocity.”

The subject pool was made up of 30 male athletes from “power-type” sports.

They all had at least 1 year (average was 2.4 years) of strength training experience.

The study began with 10-meter sprint testing from a standing start. I couldn’t find why 10-meters was used when the researchers only looked at the first 5-meters.

Perhaps they wanted to ensure the subjects sprinted through the finish line.

Anyway, they were then all tested for 1 rep max strength for both the squat and split squat. Both tests were performed on a Smith machine.

The 1-RM tests were between 1-4 days apart and were randomized (some subjects squatted first, others did the split squat test first).

Both maxes were performed as concentric only.

Here’s a video to give you an idea:

“All lifts were performed from this dead stop position with no counter-movement, thus concentric force development was measured with no eccentric pre-load.”

The subjects were then tested in the same way only with 30%-70% of their max. They were instructed to jump and be as explosive with each rep. 3 jumps were tested at various percentages and the best output was selected to be used.

Again, the percentages were selected in random order.

The way the study reads is that each subject only performed 3 total jumps, not 3 jumps at each of the different percentages.

“The major finding of this study was that maximal concentric power generated during both squat exercises was significantly related to 5-meter sprint time.”

The findings are similar to other studies referenced in the paper, including one that found average power with the same concentric only squat jump using 19kg of external resistance was correlated to 2.5-meter sprint time.

The researchers also concluded that there seemed to be no major advantage of using the squat or split-squat style of jumping.