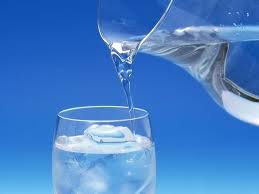 Hydrating properly after practice will ensure you recover for your next workout.

Obviously if you’re cutting weight for a match, hydrating is probably not on your things to do list.

But, if a weigh-in is not around the corner, a journal article I read recently provided some useful tips on how to get hydrated after training.

Proper rehydration after practice can be achieved by drinking fluids with or without carbs/electrolytes. However, especially after a long, hard practice, water may not be the ideal beverage to rehydrate for a number of reasons.

First, it’s been shown to decreases osmolality, which is a measure of solute concentration. Because you eliminate solute when you sweat, you want to replace it after, not continue to excrete it.

Additionally, the authors state that water has been shown to limit a person’s desire to drink. Water has also been shown to increase urine output. These are two things you don’t want when looking to rehydrate.

Salt, when found in a rehydration beverage or food has been shown to conserve fluid volume better. It also increases the desire to drink. This is why sodium is found in sports beverages like Gatorade.

For wrestlers who must rehydrate between training of competitive sessions (especially fast moving tournaments like the final rounds in Fargo) and are unable to eat or stomach a meal, beverages that contain electrolytes are important in the process.

The total volume of fluid you consume should be more than what you lost in sweat. Otherwise, you will not achieve optimal levels of hydration. A good rule of thumb is to shoot for 150% of fluid lost (as measured by body weight before and after training). Additionally, drink a beverage that contains sodium.

Replenishing glycogen stores is another important goal after practice. The fluid(s) you choose to consume should contain carbohydrate.

Not only will the carbs in the beverage replenish your glycogen stores, but the insulin response from the carbs may help increase the absorption of both sodium and water.

The authors caution that the carbs in a typical sports drink are usually inadequate. Therefore, attention must be paid to the post-workout meal to ensure adequate carbohydrates are consumed.

Scientific studies have shown that when compared to oral rehydration, IV rehydration was shown to be no more effective when the rehydration time frame was between 20 to 75 minutes.

So, if for whatever reason you want try using an IV to rehydrate before a match, keep in mind that it won’t rehydrate you any more effectively than by drinking.

However, another thing to keep in mind is how your respond to fluid in your stomach. If you feel sick as a result of drinking to rehydrate, perhaps an IV may be a more suitable alternative.

Obviously check with your coaching staff regarding the legality of it, though.