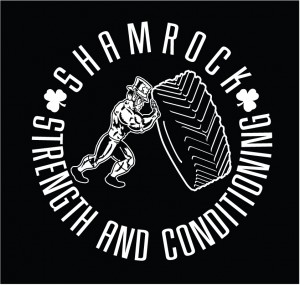 This is when the story really begins. By now it’s April; a year after I first started experiencing symptoms. I had just taken the pre-screening blood work to see if I qualified for a new-to-me med the doctors wanted me to start taking.

The new drug they were testing me for, 6-MP, is an immune suppressant given to chemotherapy patients to lower their immune systems to allow the chemo to work better. The reason that an immune suppressant has been so effective at treating a lot of UC cases is because UC is an autoimmune disease (my body is basically fighting itself). While the thought of going on a cancer drug was alarming, I knew that I had to figure this out and get better and this was the next step that had to be taken.

However, along with the pre-screening blood work, I also had a hepatic panel taken to see how my liver was doing. Much to everyone’s surprise, 2 major liver enzymes were more than double the normal levels. My doctor freaked and pulled me from my meds and told me to stop all supplements. They continued to monitor me for 9 weeks. While there was a drop in my liver enzymes, they weren’t returning to normal levels. By the 10th week my doctor started to get worried and ordered a TON of blood work to test me for every known disease that affects the liver in any way, shape, or form. Additionally, it was decided that if I didn’t come back positive for anything, that they were going to have to biopsy my liver to see if they could figure out what was going on. Fortunately I didn’t show up for any other diseases and, for whatever reason, my liver enzymes had suddenly dropped back to normal levels.

As you may have been able to guess, those 10 weeks were very stressful for me. Between not being on meds, not taking my usual creatine and protein, and having to really dial in on my diet all led to some serious weight loss. I can remember there being many days when I would start going to the bathroom in the middle of the day and wouldn’t stop until the middle of the night going every 30-45 minutes. Those days were hell and because I didn’t want to “add fuel to the fire” I literally wouldn’t eat or drink a single thing. So on top of eating a very strict diet, there would also be about 2 days per week where I would eat nothing.

I’m not going to lie. For someone who identified as a “Large American” and who surrounded himself with very large men all looking to maximize their strength and muscular potential, it was very difficult having to deal with the ups and downs. One of my buddies who used to be a big time powerlifter told me that I may suffer from some depression. Let me tell you, he hit the nail on the head. There were some days, especially the days I wasn’t eating when I felt just about as low as I’d ever felt before in my life! I’m super fortunate and thankful to have the support system that I have. My wife and family were always there for me and really helped to keep me focused on taking the necessary steps to recovery.

Anyway, once the word came back that my blood work was clear, I was given the green light to start taking 6-MP. I remember the first time I picked up my prescription. It was the night before the Northeast Powerlifting Challenge where about 10 people from my gym were lifting, including the pharmacist I picked my meds up from. That was May 28.

For the last 2ish months things have slowly gotten better (the 6-MP is said to take anywhere from 3-6 months to take full effect). I’ve really cleaned up my diet and have started living a lot healthier. Right now I eat a dairy free, gluten free diet with a few other restrictions (no fried food, minimal alcohol…I can’t imagine I’ve had more than 20 drinks this whole year, no high fat foods, etc.). While I was never tested for lactose intolerance, I’ve found that I do a lot better with this eating plan. Similarly, I actually tested negative for Celiac’s disease (gluten allergy) but have found a gluten free diet to have a unbelievable impact on how well I feel. The doctor said just because I didn’t test positive for it, doesn’t mean I don’t have an intolerance for gluten. I think I must based on how I feel from the diet and the fact that two people on my mom’s side of the family have Celiac’s disease.

As you might have guessed, with the meds taking their time to set in coupled with the pretty restrictive diet that I follow, I have continued to lose weight the last 2 months. I went from the low 190s (down from my peak of 205ish pounds) into the 180s and continued to slowly drop. Finally a few weeks ago, I started weighing 172-173 pretty consistently. That’s when the thinking began…

Now that I was starting to feel a little better (not 100%, but much better than 2 months earlier) I really took some time to evaluate where I was at and where I would be able to go. While I wasn’t getting any stronger, I also wasn’t losing any strength, so from a pound-for-pound perspective, I was actually getting stronger. However, I knew that at 5’8″ I wouldn’t be able to compete at a high level in powerlifting in the 165 or 181 pound weight class. On top of that, with all of the diet restrictions, I wasn’t too sure if I’d be able to put the weight back on.

So I started thinking about sports that required strength and power that my low weight would actually benefit me in. I bet you know where this took me. Back to my roots- wrestling. While I didn’t really have the desire to go back to wrestling full time, I started to think long and hard about grappling and MMA (it’s hard not to when you share a building with a MMA business and work with fighters all day!).

After a few days of thinking, the decision to move forward hit me like a ton of bricks! On top of the desire to compete, I was heavily influenced by two big things. First, for the first time in a while, I was really starting to turn the corner with my health. Second, and most important, my overall outlook on life was much better as I really started embracing every day and treating it as it should be treated- A BLESSING.

And so now, at the leaned out weight of about 169 (picture below), I have fully committed to returning to the competitive arena. My sights are set on August 28 in Fredonia, NY. I’ll be going up with my new brothers at CNYMMA and competing in the 160lb Intermediate and Advanced classes (and hopefully getting some yoke outs). After that I’m planning on starting to train full MMA and looking to take my first amateur fight in late November/early December.

While I know this is going to be the next big challenge of my life, with everything I’ve had to deal with in the last year and a half, I’m fully embracing and loving the opportunity for new challenges. I don’t know how well my skills will get, but I do know this- very few, if any, will be able to match my heart and resiliency after everything I’ve had to go through.

I appreciate you taking the time to read this post. I hope it inspires you to persevere and embrace every day to the fullest. If you have any questions or comments, please leave them below. Thanks!