My Recent Lunch With Kyle Dake 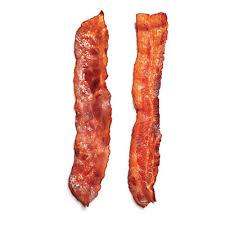 This past Wednesday I was treated to a wonderful lunch by the one and only Kyle Dake.

It was great to catch up with him on how he and his family are doing (I’ve known him since 2006 back when I was the assistant coach at Lansing during his 9th grade year).

What made it even better was that we were able to do it while enjoying the “Heart Attack”- an appetizer consisting of 8 strips of maple-glazed bacon.

And while it was nice to just shoot the shit with him, we always end up “talking shop” and this time was no different.

After sparking his interest with the tracking of shot speed and power research that I’ve been doing, he told me that one of the things that he’s been thinking a lot about are ways to improve other aspects of a leg attack.

Specifically, he’s interested in ways to improve hand speed. He makes a great point stating that there’s a lot that goes on when shooting a leg attack. It’s not entirely dependent on how much speed and power your legs can produce.

Please keep in mind that both he and I firmly believe that the best way to become a better wrestler is by wrestling.

But when you compete at the highest level in the world, where matches are oftentimes decided by one pivotal scramble or takedown, doing everything you can to ensure you’re as prepared as possible is of the utmost importance.

Anyway, our talk got me thinking on the ride home…

What can be done to improve hand speed when shooting a leg attack?

Here are the top three things I came up with during that nice drive from Ithaca.

This first one was taught to me by one of my striking coaches. It’s a drill to train you to snap your punches more.

While it was made popular by various striking disciplines, I think it would be a great way for wrestlers to train their hands/arms to move super fast.

The goal is to tear the paper when you make contact with it.

Here I am being a total badass as usual…

My father-in-law can tear the paper, but he’s actually a badass.

Hey, I said I thought of some potentially helpful exercises. I didn’t say I came up with cool names.

Anyway, over-speed eccentrics have been used for a number of years. I’m not positive, but I think that Louie Simmons was one of the first, if not the first, to popularize the idea.

He has the powerlifters and athletes that train at Westside Barbell perform squats and bench presses with bands. One of the benefits of utilizing bands for these two exercises is that they increase the speed of the eccentric (lowering) portion of the exercise.

By hastening the eccentric, he states that you will improve the stretch reflex response of the muscles.

Basically, by using bands to speed up the eccentric portion of an exercise, you will experience a faster concentric (the exertion, in the case of squatting, the part where you stand up).

Based on this idea, I thought this exercise would be helpful:

Not only do I suspect that this will train your arm to move out faster, but it will also train your muscles to pull back in a more explosive fashion.

What good is it if you can grab your opponent’s leg quickly but then can’t pull it in fast?

Anyway, while I don’t have any personal research on whether or not this will actually work, I do think my research tracking shot speed and power may be helpful here.

When I first got started tracking and designing training programs to improve shot speed and power, I thought that there were 2 types of training that would be most beneficial.

The first type were exercises performed with higher peak velocity outputs than were produced when shooting.

The second type were exercises wrestlers could perform with higher peak power outputs than they could produce when shooting.

My hypothesis was that if the wrestlers I work with were regularly training at speed and power outputs greater than they could produce when taking a shot, that their bodies would become better at producing these forces.

Ultimately this would carry over to faster and more powerful shots.

One of the first exercises I identified as producing higher peak velocity outputs was the seated horizontal jump.

So, I guess what I’m getting at here is that while I haven’t measured or tracked hand speed when shooting a leg attack, I’m pretty confident that utilizing exercises that have you producing higher speed and power outputs will have a positive carryover.

While this exercise won’t train you to bring your hand back quickly, it will train you to accelerate through and get maximal extension.

The idea behind this is similar to another boxing/striking concept- using heavier gloves or light dumbbells when training.

I know that some people out there may think that this is an antiquated way to train and that there isn’t a carryover. However, I know quite a few pro boxers and all of them have done this or still do this regularly.

I don’t know about you, but I’m not going to argue with them for fear of getting my head knocked off in the blink of an eye.

Here’s a video of the exercise (in it I’m using a 14oz mini med ball designed to simulate a heavy softball).

Like I said above, this is all hypothetical. I don’t have any data at this point.

However, based on my experiences researching shot speed and power, here’s what I’d start with:

Number of days a week- whenever you lift. 3-4 is fine.

Reps per set- 5-10. Unlike some of the jumps I use in programs, I don’t foresee these exercises being as taxing on the nervous system. Therefore, you shouldn’t have an issue maintaining a high level of speed over the course of 10 reps.

However, if you feel like your quality of effort is going down, take longer breaks and/or cut down on the sets and reps.

Like I said a couple times, this stuff is all off the top of my head.

But it’s also not a random collection of exercises.

And, if I do start to measure and track hand/arm speed, these are definitely the first 3 exercises I’d look to test.

And again, fortunately these exercises aren’t taxing, so even if you do start implementing them into your program and don’t see the payoff you’re looking for, it’s not like you had to make a ton of adjustments to accommodate for a crazy increase in demanding exercises.

If you want to me to get started on your own custom program specific to your goals, just like I did with Kyle, check out my Personalized Programs page: