What Sets Top Wrestlers Apart From Everyone Else? 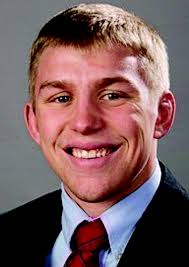 As you probably know, I am on a never ending quest to identify what separates great wrestlers from the rest of the pack.

In fact, I’ve written a post entitled Physiological Profile Of The Ideal Wrestler. In it I review 5 research studies that examine various qualities of wrestlers at different levels.

And while I’m regularly looking for more studies, I hit a dry spell for a while. That is, until recently…

The focus of this study was to determine differences in various strength, power, flexibility, and other common measures of athleticism between “elite” and “amateur” wrestlers.

The subject pool consisted of 92 wrestlers (53 Greco-Roman and 39 Freestyle) from 5 countries.

Wrestlers who met the “elite” criteria were ones who:

1. Had experience in at least 3 FILA level international competitions (European and/or World Championships).

2. Had at least 6 years of regular training experience.

Wrestlers who were categorized as “amateur”:

1. Had been a finalist in their respective national championship in the last year, but had not yet participated in international competition.

If you ask me, the “amateur” level wrestlers were still pretty damn good.

The study was conducted at the end of a pre-competition training cycle.

All wrestlers had averaged about 9.6 training sessions each week consisting of 60% wrestling practices, 14% endurance training, and 26% resistance training.

None of the wrestlers were cutting weight at the time.

All of the wrestlers followed the same dietary plans during the testing.

None of the wrestlers increased or decreased their body mass by more than 1% during the testing.

Additionally, when compared with body mass, no elite group showed a significant advantage over another with their ability to express power. This means that per pound power is high in elite wrestlers, regardless of their weight class.

After adjusting for age and training experience, no significant differences existed.

The test utilized was the modified crank-arm Wingate test.

Elite wrestlers showed significantly higher levels of lactate (indicative of higher power outputs) than amateur wrestlers. There was a 14.0% – 20.1% difference.

This was determined by blood samples taken after the arm bike test detailed above.

No difference between the groups was observed.

This score was arrived at by dividing Peak Power and Minimum Power observed during the arm bike test.

Elite heavy weights were 6.8% faster than their amateur counterparts.

No significant difference was observed in the other weight classes.

No significant differences were observed between the 3 groups of elite wrestlers.

A counter-movement vertical jump with a systematized warm-up was used. Wrestlers were allowed to lower themselves to whatever they were comfortable with before jumping.

Elite wrestlers showed between an 8.4% – 24.6% difference in strength.

When the data was adjusted for muscular differences between elite and amateur wrestlers, elite wrestlers were still significantly stronger.

Additionally, max muscle power during both tests ranged from 14.0% to 29.8% higher in elite wrestlers.

After adjusting for age and training experience, no significant differences existed.

Both dominant and non-dominant grip strength was higher in both elite light and middle weight groups. No significant difference was observed between the heavy weight groups.

A grip dynamometer was used to test grip strength.

Maximal back strength in all elite groups was 9.3% to 20.5% greater when compared to amateur wrestlers.

A back muscle dynamometer was used to measure back strength.

No differences were observed in any groups.

A straight leg raise and sit and reach test were both used to measure flexibility.

Fat-free mass was measured by skinfold measurements at the triceps, subscapular, and abdominal regions.

Conclusions Of The Researchers

1. Both strength and power in the upper body and lower body of elite wrestlers ranged from 7.7% to 29.9% higher. This was even after adjusting the data for fat-free mass.

2. A “unique finding” was that there were no significant differences between elite wrestlers, regardless of weight class, regarding overall strength (in both the squat and bench) and power output in the squat.

3. This is more for your own training- the subjects showed power output in the squat to be maximized between 62% – 65%.

“These results may suggest that the higher absolute and normalized maximal strength, muscle power, and anaerobic metabolism, although explained in part by the differences in fat-free mass, will give elite wrestlers a clear advantage during Olympic wrestling compared to amateurs.”

There were some interesting things in this study.

This tells me something that’s regularly preached in the wrestling community- work hard and you’ll get there.

Even though the elite wrestlers were significantly stronger and more powerful, the adjustment the researchers made leads me to believe that it was due to their age and experience.

Makes sense as to why they may be stronger, right?

Additionally, the researchers suggest that differences in strength and conditioning programs may be a primary reason for the differences.

What was more interesting to me was the difference in lower body power as measured by the counter-movement jump.

I just double checked the study, and the researchers did not state that the difference became insignificant when adjusted for age/experience.

This tells me that lower body power is an “x factor” as far as athletic qualities.

Elite wrestlers were between 7.6% and 16.6% better in the jump test. That’s quite a significant difference considering so many matches at that level are decided by 1 point or 1 key scramble.

Anyway, those are just two quick things that caught my eye.

What did you find unique about this study and/or what questions do you have?

Leave a comment below and I’ll get back to you.