Do You Stretch Before A Match? 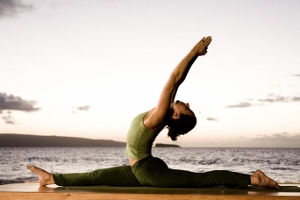 Stretching before practice or a match is super common.

In fact, as I sit here and think back, I’m finding it hard to remember a time when I didn’t stretch before either.

But did you ever stop to think about whether or not this common warm-up practice was having a positive impact on your performance?

Hopefully this post will help provide more insight on it.

What The Research Says:

Here are some key points from reference 1:

The researchers used their findings to conclude that static stretching (at least the protocol used in the study) had a negative impact on upper body maximum strength in Jiu-Jitsu athletes. On average, the Jiu-Jitsu athletes experienced an 8.75% decrease in strength output after stretching.

Not only was there an average decrease of 8.75%, the researchers also found that none of the subjects performed better on the Bench Press after stretching.

To summarize- in zero cases did stretching before improve Bench Press performance.

The researchers used these conclusions to state that, according to their findings, it does not seem beneficial for the subjects to static stretch before activities where upper body max strength was needed for success.

Here are some key points from the meta-analysis in reference 2:

The authors found a potential 4,559 possible articles and studies to include in the analysis. 106 of the found papers met the inclusion criteria (pre-exercise static stretching).

The researchers found overwhelming evidence suggesting that static stretching as part of a pre-activity routine that required maximal strength, power, and/or speed to be achieved has a negative impact on performance.

Short static stretching (less than 45 seconds) was shown to have minimal effects on strength, power, and speed when used in a pre-activity routine. However, longer stretches (held for more than a minute) were shown to cause a “small to moderate” decrease in performance output.

And finally, here are some relevant conclusions from reference 3:

Obviously, based on these findings, the researchers concluded that dynamic stretching/warm-up “may” improve maximum Bench Press performance.

Shaw, J. The effect of dynamic stretching on bench press 1 repetition maximum (1rm) performance when incorporated into a warm-up. Journal of Sports Science. 01, 001-0025. 2013.

Is Stretching Slowing You Down?

With 2 of the studies I present above, the Bench Press is the exercise that’s used to measure the effects of stretching.

So while lower body power production wasn’t studied, the conclusions definitely support following an active protocol (dynamic stretching) instead of a passive one (static stretching).

In a way this makes sense, doesn’t it? Being active before a physical endeavor is more effective at warming you up than not being active.

But, like I mentioned above, I can’t remember a time when I didn’t stretch before a practice or a match.

Anyway, let me know what your thoughts are on stretching and whether or not you think it helps or hurts your performance by commenting below.

Proper Hamstring Stretching for Low Back