The Easiest Way To Maximize Your Speed 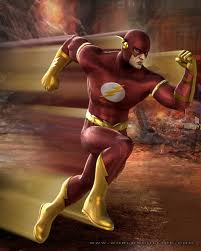 It’s no secret- producing a lot of force very quickly is an absolute must if you want to maximize your potential as a wrestler.

And, if you’ve been reading my blog lately, you know that has been the topic of conversation. To get caught up read- Maximizing Your Power Output (Without Power Cleans) and The Most Difficult Program I’ve Ever Designed.

Anyway, I’ll be honest, there is a lot to consider when looking to maximize the speed at which you develop force.

However, nothing could be as simple as this…

What the heck is that?

That, my friend, was proven in research to promote 1-2% increases in lower body power when performed 5 times.

Let me tell you about it.

Basically this study looked at 13 Elite Swiss athletes who were either involved in various ski jumping events or gymnastics.

The athletes were tested separated into two groups.

Group 2 performed a warm-up without jumps.

A minute after completing the warm-up the athletes performed 3 Squat Jumps and 3 Countermovement Jumps.

After an hour, the groups switched the order and then tested the same 6 jumps a minute after.

When compared to the no jump trials, the percentage improvements made after performing the 5 modified drop jumps were as follows:

Why were these percentage increases so small?

“Because the subjects in our study were highly trained and successful elite athletes (several of them won medals at international championships)… The closer the athlete’s performance is to his or her maximal possible performance, the more effort it will take for even small improvements.”

“Therefore, the results of this study, although mainly not statistically significant, have practical relevance. A change of up to 10% in an elite athlete is unlikely to be observed.”

Here’s what they had to say about the findings:

“There is a statistically weak, but in practice a plausibly relevant, trend of improvement when adding 5 modified drop jumps to warm-up.”

“Had the sample size been 54, the 3 other main outcome parameters would have also been statistically significant.”

And here are their recommendations:

“Jumping from 60 cm and landing in the squat position is a feasible and safe method to increase performance in sports with a need for fast force development.”

“For most sports, it will be feasible to introduce these jumps within 1 to 5 minutes before the athlete starts the competition.”

Like I’ve mentioned before, a match can oftentimes come down to a takedown. And at high levels, a takedown can be scored by the wrestler who happened to be half a step faster at one key moment. So, yes, 1-2% is worth it.

Besides, it’s important to keep in mind that these changes were observed in elite level athletes who are highly trained at producing a lot of lower body power (ski jumpers and gymnasts).

So it’s very possible for you to experience even greater improvements. All you have to do is add 5 drop jumps after your warm-up about a minute or two before you go out onto the mat.

While that effect from the jumps probably won’t stick with you for the whole match, it will have you primed for the first part. As you know, this is when your opponent may come out harder than expected. Being physically ready to be as fast and explosive as possible could mean the difference between who scores the first takedown.

I think that’s worth performing 5 landings from about 24 inches, don’t you?

So give it a shot before you go live in practice. Don’t try it for the first time before a match. It’s always worth seeing how you react first.

Or, consider performing 5 landings a minute before your next heavy squat or deadlift and see what extra “pop” you have during the set.