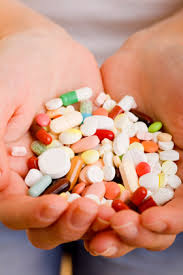 Here are some weight loss supplements reviewed in a journal article I read recently.

Claim- Caffeine is reported to have fat burning effects. It also increase the breakdown and utilization of fat during exercise. Additionally, green tea contains catechins which have been shown to increase both energy expenditure as well as fat oxidation. Green tea is considered to be high in caffeine.

Research Findings- An increasing number of research studies are demonstrating that green tea increases fat oxidation. This occurs especially during moderate-intensity exercise. These benefits are even more effective in individuals who are considered overweight or obese.

Research Findings- Much of the best evidence has (unfortunately) has come from animal studies. Obviously this means results and subsequent claims need to be taken with a grain of salt. “However, there is some evidence that prolonged use of approximately 3.5 grams/day can reduce body fat and importantly abdominal bodyfat in moderately overweight people.”

Claim- Carnitine is naturally occurring in a regular diet. It is stored in the muscles and is important in transporting fatty acids into mitochondria. This is where fat breakdown occurs.

Research Findings- Unfortunately, the primary issue with supplementing with carnitine is that it does not increase levels in muscle cells. Carnintine uptake into the muscles has been shown to increase with the addition of high glycemic carbohydrates. However, ingesting high levels (188 grams in one study) of high glycemic carbs will negate any of the fat loss benefits of the carnitine.

Claim- ALA is a potent antioxident which is claimed to reduce body fat. “There have been many proposed mechanisms of action for ALA reducing fat mass, including the activation of PPAR-gamma, which regulates fatty acid storage and glucose metabolism. It is also a cofactor of many mitochondrial enzymes and has been reported to reduce voluntary food intake as well as increasing energy expenditure.”

Research Findings- Again, unfortunately most of the research on ALA has been performed on rodents. Additionally, some studies have shown some fat/weight loss in obese people who supplemented with 1,800 mg/day. There doesn’t seem to be any solid evidence regarding ALA’s effects on athletic/active people.

Claim- According to the authors, most athletes get sufficient levels of vitamins and minerals from their daily diet. However, risk of deficiencies increase during periods when a reduced calorie/restrictive diet are followed in an effort to make weight. “B vitamins, vitamin C, vitamin D, iron, calcium, magnesium, and zinc are the most liekly to be low on a calorie-reduced diet.”

Research Findings- A daily, low-dose (no more than the RDA allowance/suggestion) multivitamin/multimineral may be useful, especially when making weight. It is important to note that more is not always better and certain, fat-soluble vitamins can become toxic when ingested in high doses.