Why You MUST Squat Low 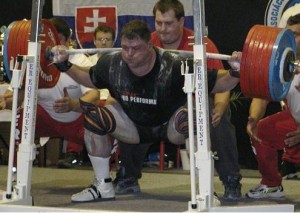 Scenario 1– Have you ever been shown how to squat by someone?

And did they ever tell you that in order for the squat “to count” it needs to be parallel?

But when you asked why, they didn’t have anything to back their statement up other than “because that’s how to do it.” Or “because that’s what is legal in powerlifting.”

…But you’re not a powerlifter, are you?

Well, then who really cares?

You just want strong and powerful legs to be a more effective wrestler, right?

Scenario 2– Have you ever been shown how to squat by someone who said you only need to do quarter squats because in wrestling you never need to get lower than that?

It makes sense based on observational information, doesn’t it?

But is it really the right way for wrestlers to squat?

Well, what if I told you that I knew the right way to squat AND had some solid evidence to back it up. Would that be better than giving you the usual “he said she said” suggestions you’ve probably been told so far?

“The aim of the research projects was to compare the effects of different squat varients on the development of 1RM and their transfer effects to Countermovement jump (CMJ) and squat jump (SJ) height, maximal voluntary contraction (MVC), and maximal rate of force development (MRFD).”

Here’s the breakdown of what that all means and why you may find this worthwhile:

1RM= 1 rep max which is the measure of absolute strength gained from the training.

The countermovement jump is used as a measure of power that can be produced by an individual from the stretch reflex. This shows how quickly the person can absorb and redirect force. Another way to put this is that it shows how “elastic” a person is.

Having improved elasticity in your muscles will allow you to shoot faster, sprawl/react faster to your opponent shooting, and perform mat returns more explosively. In general, it helps you to move faster and more explosively on the mat.

The squat jump is used to measure power output from a static start. Producing power from static positions (stalemate situations in wrestling) allows you to overcome these situations and score more points. The subjects held the position until they were given a command to jump.

Maximal voluntary contraction is how hard you can contract your muscles without the aid of an external stimulus (a stim device, shown below). 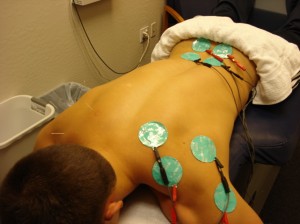 26 female and 36 male subjects. The majority of the subjects had low strength training experience. They were divided into one of 3 groups:

20 in the front squat group.

20 in the back squat group.

19 in the quarter squat group. This group squatted with the use of a Smith Machine. The researchers were worried that the heavier weights the group would be using would be difficult to stabilize and could lead to an injury.

There was also a group of 16 participants used as a control group.

All squatters followed a 2 day a week program as follows:

“The subjects performed each set to momentary muscular failure in the last 2 repetitions of the targeted repetition scheme (forced reps).”

The subjects were not allowed to “bounce” out of the hole during any of the training sessions.

The subjects were all allowed to lift outside of this program, but were told not to do any lower body or low back exercises.

The control group did not perform any lower body strength training. However, they were allowed to participate in their usual physical education classes.

Both the Front Squat and Back Squat groups also showed significantly higher maxes in the Back Squat and Quarter Squat.

What Does This Mean?

Deep squatting (below parallel) in either the Back or Front Squat variation led to improvements in 1 rep max strength for all 3 styles of squatting.

Quarter squatting only improved Quarter Squat performance. It also led to a significant decrease in Back Squat strength.

Both the Front Squat and Back Squat groups significantly increased the height of their Countermovement Jump and Squat Jump.

The Quarter Squat and Control groups both showed statistically insignificant changes in these jumps.

What Does This Mean?

The Front and Back Squats resulted in an increase in reactive power within the lower body (measured by the CMJ). Neither style of squat proved to be more effective at improving CMJ.

On the opposite side of the coin, Quarter Squats showed little transfer to lower body power. These are the same results as the control group, which didn’t squat at all!

Both Front and Back Squat groups showed significantly higher maximal voluntary contraction (measured one leg at a time) when compared to the Quarter Squat and Control groups.

Both Front and Back Squat groups showed significantly higher maximal rate of force development (measured one leg at a time) when compared to the Quarter Squat and Control Groups.

“According to the presented facts, the necessity of quarter squat training has to be seriously questioned.”

I’m sure you’ve heard the arguments about squatting depth before. In all honesty, before I read this study, I wasn’t sure how to defend squatting below parallel.

Without some kind of evidence, I really can’t substantiate one style of squatting over another.

So, I hope this post helped you to better understand why below parallel squatting is a much better investment of your time.

How Do You Squat Low?

So the next question that arises is how do I squat low?

Over the years of working with a variety of wrestlers, I know it’s not as easy as making a conscious effort to go lower.

A lot can happen, as far as technique breakdowns are concerned, when forcing your body into a position it is unfamiliar with.

Basically what I’ve found, is that nearly every wrestler I’ve worked with possesses the physical capabilities of squatting lower. They just don’t “know” how to do it.

Here’s the best way I’ve found to train your body to develop a familiarity with the bottom of the squat.

“Stripper Squats” (or pole assisted squat) as I call them are used to simply “introduce” your body to the bottom of a squat position.

They allow you to train your body to balance accordingly by experiencing what the bottom of a below parallel squat should feel like. As you gain a physical understanding of the balance and stability needed, you’ll need to use the pole less and less.

It’s the same idea as when you were learning how to bench press. Did your coach/instructor touch a specific spot on your chest where they wanted you to touch the bar to every time?

That technique is simply trying to get your body used to the optimal bottom position. This is the same goal of a stripper squat.

For more detail on the stripper squat read my old post here.

Alright, I hope I did a good job of both detailing why you should be squatting low, and how to quickly train your body to go about it.